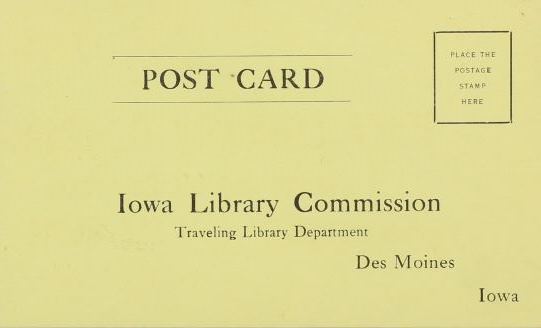 Creation of the Traveling Library

In 1896 the Iowa General Assembly passed a law providing an appropriation of $2,000 annually for the establishment and maintenance of a Traveling Library System to be operated by the State Library. In 1900 a law was enacted providing a Library Commission to actively extend library interests in the State, and in 1902 the General Assembly combined these two interests, transferring the Traveling Library System to the Iowa Library Commission, and provided an increased annual appropriation for library extension in the State, both in the work of the Traveling Library and in the encouragement of the establishment of local, tax-supported libraries. 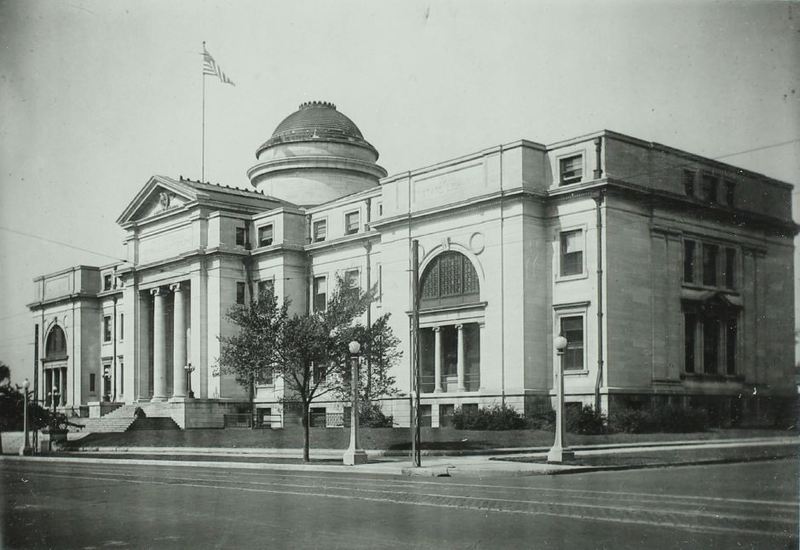 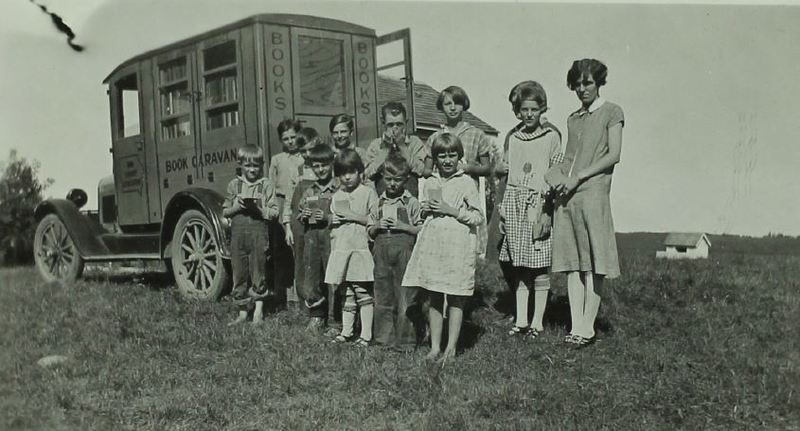 The interest of the Iowa Library Associaton, the Iowa Federation of Women's Clubs, the State Teacher's Association, the P.E.O. Society, and many other organizatons made a huge impact in creating a favorable sentiment toward securing legislation for a Library Commission, and were potent factors in bringing about the passage of the law, and especially in encouraging conditions of library growth in Iowa in the early 1900's. Constant cooperation was given by the Iowa Library Associtation, the Iowa Federation of Women's Clubs, and by the educators throughout the state.