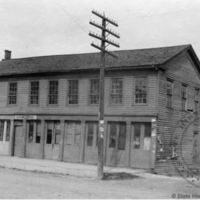 A joint resolution was passed in the first session of the Iowa Territorial Legislature to locate a permanent seat of government. The town of Iowa City was created and laid out as the permanent territorial capital of Iowa. Work began on the stone Capitol, but progress was slow. The Territorial Legislature was anxious to move to Iowa City from Burlington. An act was passed in 1841 officially moving the seat of goverment, if a building could be found without cost to the Territory. Walter Butler allowed them to use the old two-story Butler Hotel for a year before they moved into the unfinished stone Capitol. 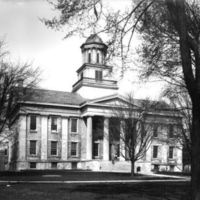 The Territorial Legislature continued to meet in the stone Capitol, and this structure remained the Capitol for more than a decade after Iowa became a state. From 1847 to 1857, Iowa City remained the seat of government for the State of Iowa.