Photos of the Iowa Capitol Complex were taken around 1913 when state officials decided to clean up the area around the Capitol. There were very few state buildings and monuments at that time. The Capitol was surrounded by older residential buildings and was not in an attractive area. Each photo is paired with one showing a similar view in 2010. Following the photos is the Rowley vs. Clarke case in which a lawsuit is filed by citizens of Van Buren and Wapello Counties who objected to the levying of taxes by the state to pay for the purchase of land around the Capitol grounds. The photos in the collection were used in the case to show the need for improving the Capitol grounds.

This is a collection of historical documents compiled by staffers at the Iowa Legislative Services Agency that serves state government. They include: " Looking Back", a history of the present day Ola Babcock Miller Building originally known as the Iowa Historical Building; a history of the Iowa Capitol grounds area in Des Moines and the story of the 1904 Capitol fire in Des Moines.

The Iowa City Town and Campus Scenes Collection contains work by the two photographers who were primary in capturing the history of the Iowa City area for over a century. Samuel Calvin, Professor of Natural Sciences at the University of Iowa (1873-1911) exhibited important geological features both in and outside of Iowa with his glass plate camera, but his photographs of Iowa City and the University of Iowa campus show its history in beautiful detail. Frederick Wallace Kent followed as lecturer and instructor in photography at the University beginning in 1923, and later founded the University Photo Service in 1947. Kent captured not only university life such as sports and graduation in detail, but also photographed commercial and residential buildings off-campus in Iowa City, both from the ground and above. Together, these two photograph collections are an invaluable pictoral piece of Iowa City history. 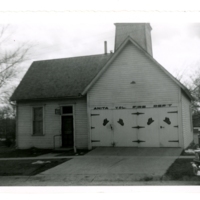 Iowa Libraries Through the Years.

Photographs of Iowa's public library buildings and events from the mid-1950's to the mid-1970's.

This collection contains Iowa county histories, some of which were compiled and written by the Iowa Writers' Program of the Works Projects Administration.

This collection contains Iowa county histories, some of which were compiled and written by the Iowa Writers' Program of the Works Projects Administration. 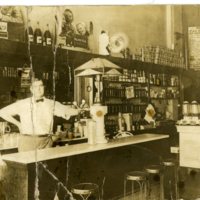 Photographs of early businesses in and around Kalona Iowa from the early 1900's. 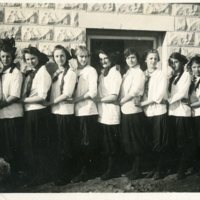 This is a collection of photographs of early schools in and around Kalona Iowa.

This is a collection of photographs from the surrounding communities and landmarks near Kalona, Iowa. They include Joetown, Frytown and others. 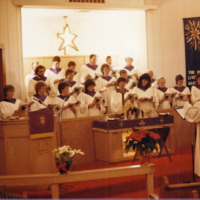 Photographs beginning in the 19th century showing businesses, churches, and community life and events from the town of Malvern, Iowa.