This collection contains a selection of images from the glass plate negative collection documenting rural life in Iowa around the turn of the twentieth century, including homesteads, buildings, and the Pascal family. Descartes Pascal was a photographer, farmer, and pioneer seed corn breeder from De Witt, Iowa where he farmed, raising corn, shorthorn cattle, and Berkshire hogs. 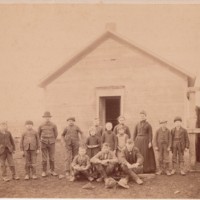 Fairfield, Iowa schools, churches, houses, public buildings, and businesses are included in this collection as well as town square buildings. 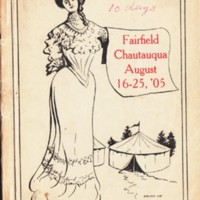 This collection contains photographs, programs and other  items related to chautauquas held in Fairfield, Iowa during the first half of the twentieth century. 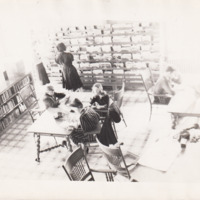 This collection contains historical  photographs of the Fairfield Public Library which was first known as the Jefferson County Library and was housed in the first Carnegie Building west of Pennsylvania. 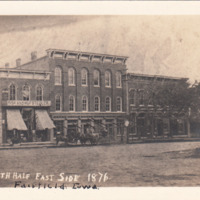 Historic photos of the town square of Fairfield, Iowa.

Fifty Years at the Teachers College

A history of the Iowa State Teachers College, later known as the University of Northern Iowa.

Four Mounds Foundation was founded in 1987 as a non-profit organization as a means for managing and stewarding a generous gift of property willed of the City of Dubuque from the estate of Elizabeth Adams Burden upon her passing in 1982. The Burdens had a vision for the 54 acres of scenic river view property - that it be preserved for the public good and utilized for educational purposes. The foundation exists to perpetuate that vision through preservation of the estate and operation of its vocational at-risk youth program. 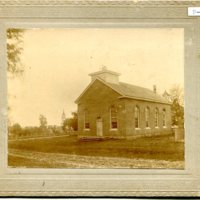 This is a collection of historic photographs of Garnavillo, Iowa and the surrounding area.

In 1875, Mrs. Ada North who was then librarian, prepared a historical sketch of the library from the time of the territorial government of Iowa beginning in 1838 up to 1875.. The later history follows it and completes the records of the library up to about 1891.