The State Law Library of Iowa 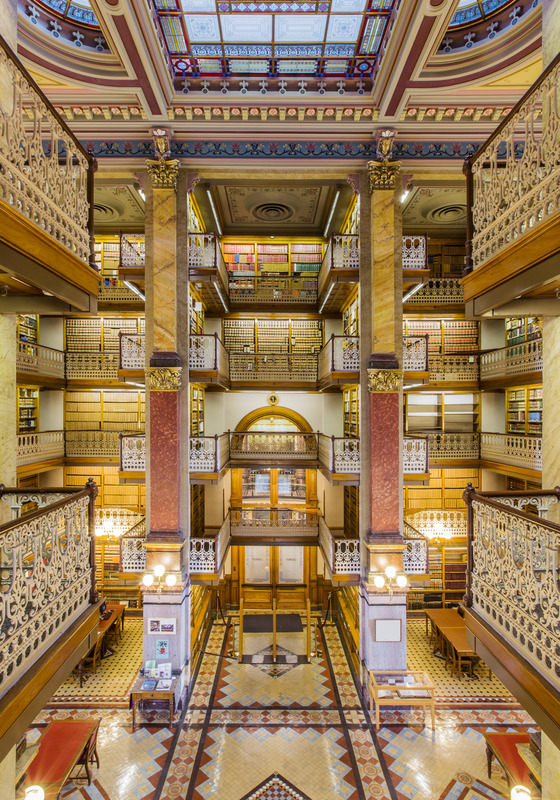 The interior of the State of Iowa Law Library. Photo by Ben Easter.

The creation of the State Law Library of Iowa has a unique history, beginning with an Act of Congress in July of 1838 that sliced Iowa from the Territory of Wisconsin. With the rare foresight of Congress, the Act provided an appropriation of $5,000 for the purchase of books "to be kept at the seat of the new territorial government" for the use of its governmental officials.

The law library's collection of materials has resided in several locations. The collection was moved as Iowa's Capitol moved from Burlington to Iowa City and then to Des Moines in 1855. The law library moved to its current location on the 2nd floor of the State Capitol Building in 1886. The "Victorian styled" grand hall of the library is one-hundred and eight feet in length, adorned with an intricately decorated tile floor which is paralleled by it's ornately painted ceiling and stained glass inserts. Towering forty-five feet in height, the entire library is flanked with book-lined alcoves as far as the eye can see.

By the 19th century, the Law Library, of which A.J. Small was curator, was one of the most complete collections of legal reference in the United States; it was estimated to be the fourth largest law library in terms of volumes in the United States at that time. Today the library boasts just over 105,000 volumes, many of which are rare, and important for their unrivaled historical value. Some of the more interesting items include a unique assortment of Roman and English law dating back to the 1530's, pre- and post-Colonial America materials, and the original codes of the confederate states of America. Today, due to financial realities and modern convenience, the physical book has given way to digital technology, the majority of our current legal information is accessed via legal database subscriptions such as Westlaw and Lexis, which are freely available for use by the public. 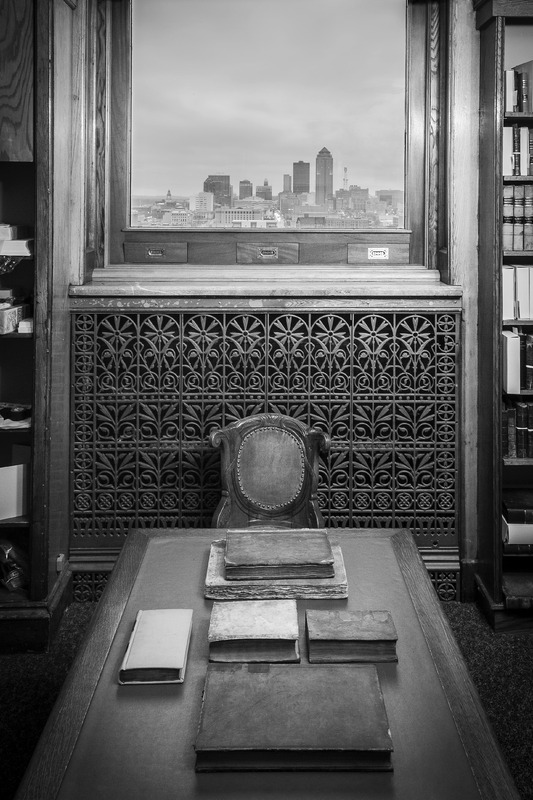 Today the State Law Library of Iowa has dedicated a room to the late A.J. Small's forty-one years of dedicated service to the State of Iowa, and his own mindful endeavors to preserve and collect legislative materials.

While acquiring, curating, and providing access to legal information has been the mission of the State Law Library of Iowa since its inception, it was A.J. Small who had the foresight to additionally target the English, Roman, and international legal materials that were integral to the foundation of the United States’ legal system and governance as a whole. It is with much pride that the State Law Library of Iowa engages in an ongoing effort to preserve and retain some of the seminal documents that have aided our pioneer lawmakers in the formation of the great State of Iowa.