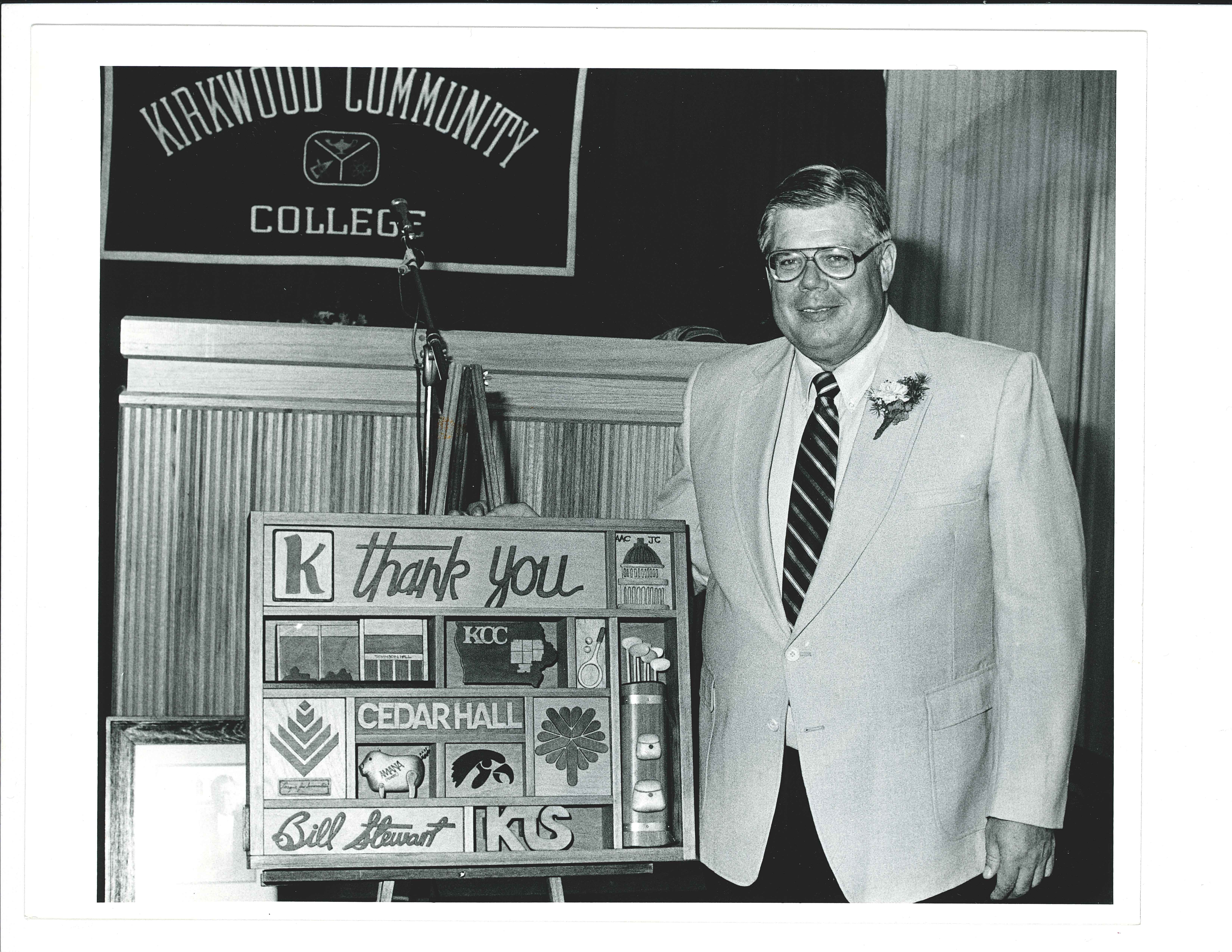 As with his predecessor, Dr. Stewart used bold and imaginative actions along with the Board and staff to make needed changes. During his term, Kirkwood deepened and expanded services in Benton, Cedar, Johnson, Jones, Iowa and Washington counties. A key project was the system of two-way audio/video communication to county centers. It allowed students in remote locations the ability to earn college credit close to home. This microwave system was the first of its kind in the nation. International education opportunities were broadened and expanded.

As the concept of community college developed during his term, schools took notice of Kirkwood's educational model. In turn the college was invited to join the prestigious League for Innovation. The League was founded in 1968 with the intention of providing direction for experimentation and innovation in community college education.

Although fiscally conservative, Dr. Stewart was committed to making Kirkwood's offerings as comprehensive as possible. Programs were expanded in the areas of agricultural science, fine arts, industrial technology and music.

This digital image may be used for educational purposes, as long as it is not altered in any way. No commercial reproduction or distribution of this file is permitted without written permission of the Kirkwood Community College Library.