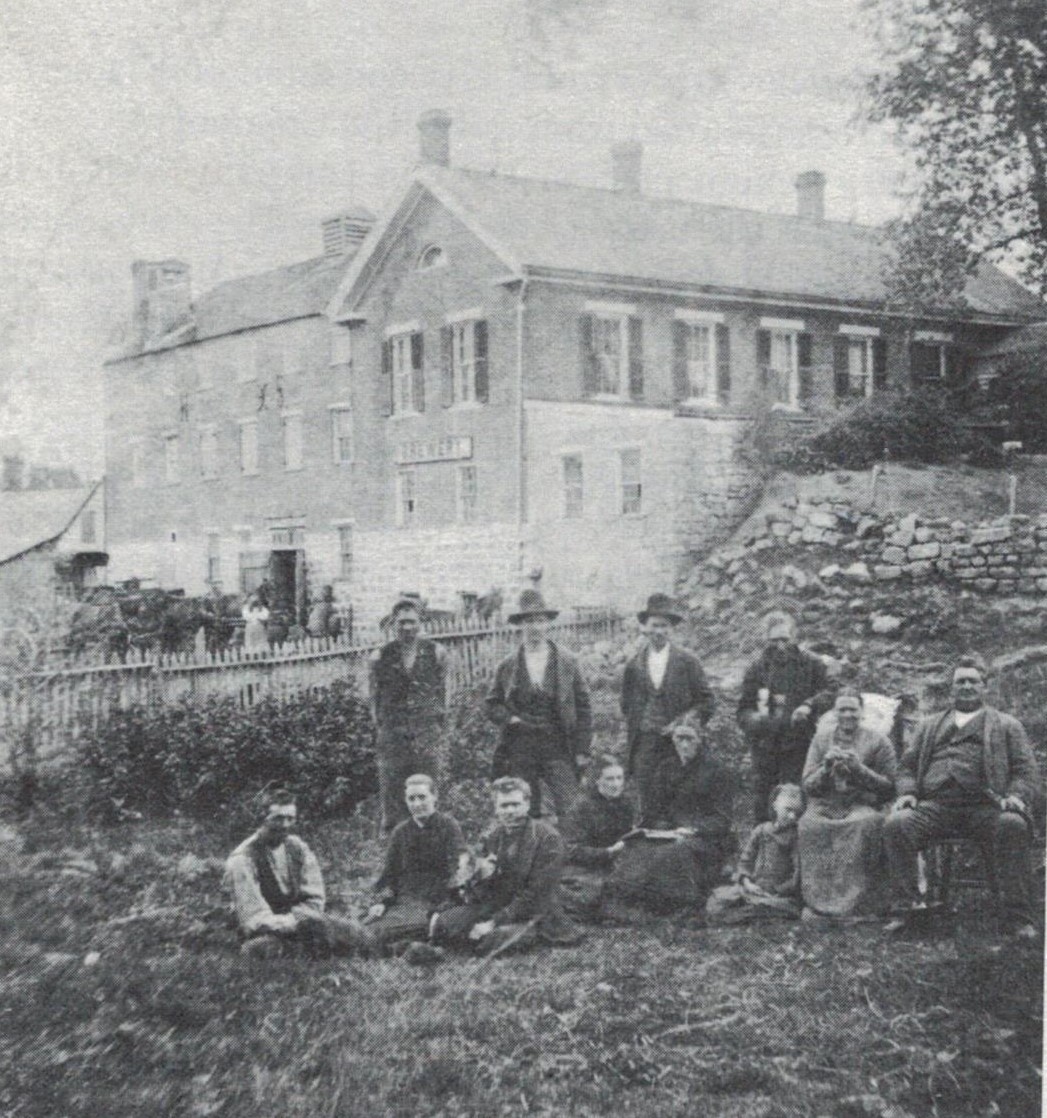 The Garnavillo Brewery was a large brick structure built west of Garnavillo along the Elkader road, just beyond the city limits on the banks of a branch to the Cedar Creek.
The brewery was built about 1855, one half mile west of the village of Garnavillo by J.C. Kuenzel. The brewery was sold to H.C. Meyer on November 12, 1863. At that time the brewery consisted of only one part of what now stands, the other part having been built later. Mr. Meyer in February 1867, sold the property to Henry Schumacher. Mr. Schumacher moved with his family into the residence adjoining the brewery and there lived and operated the brewery until his death (August 1881). The second part of the building in 1869. The first building is 22 x 60, two and a half stories in height. The second part of the building in 1869 The second part is 22 x 48 and of the same height. The malt-house is 20 x 24The fermenting house is 12 x 24. This establishment brewed on an average 600-700 barrels of beer a year and had produced as much as 800 barrels in a single year.(1855-1886) The brewery and land on which it was built cost about $18,000. The Garnavillo Brewery property consisted of 9.54 acres of land.
After the manufacture of beer ceased and during the long period when the brewery buildings were no longer in use, the property was neglected and fell into ruin. One wing of this building was destroyed by fire in October, 1967. In the spring of 1984 the brush, ruins and rubble were removed and the one newly- restored brick building remains in a neatly cleared setting. This remaining structure was the original “malt house”.
The couple seated to the far right is Mr. and Mrs. Henry Schumacher, owner and operators of the Garnavillo Brewery. Others pictured in photo are family members and employees.

photo from a stereoptican card