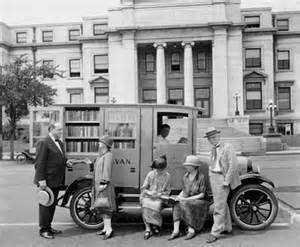 By 1930, Spaulding had become an important member of the Iowa Library Association. He served on many committees, including Certification and Publicity, and served as president from 1936-37. Spaulding also served in many American Library Association activities during the 1930s and 40s and was president of the Public Libraries Division of ALA. He faced great challenges during the Great Depression that affected the Des Moines Public Library’s budget. From 1935-36, a local tax limitation bill caused a 36 percent cut to the library. Book purchases were slashed, staff and salaries were cut, and branch libraries closed. Like the recessions of today, people flocked to the library. Library card registration and circulation of books greatly increased until employment picked up. The state used outreach services such as traveling book collections to reach underserved populations.