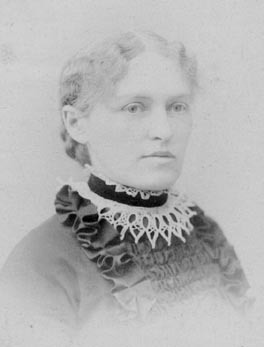 Ada E. North was born in 1841 in Alexander, New York, the daughter of Rev. Milo N. and Mary Miles. She attended grade school in Iowa City. In 1865 she was married in Des Moines to Major J. North, an assistant to Iowa Governor William M. Stone during the Civil War. Sadly, in 1870 Major North died, leaving her a widow with two small children, Howard and Georgia, to support. She began to look for means to support her family and began as a clerk of the 13th General Assembly of the Iowa legislature.