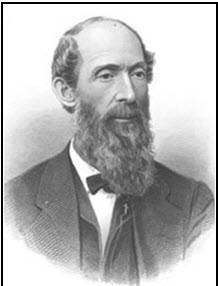 Theodore Sutton Parvin was born in Cumberland County, New Jersey, Jan. 15, 1817. He graduated from Woodworth College, Ohio in 1833, and from the Cincinnati Law School in 1837. Between these dates, he made for himself a reputation in Ohio as a successful educator. He was a private secretary to Iowa’s territorial Governor Lucas and also served as Territorial Librarian. After Parvin served as US District Attorney for the middle district of Iowa, he filled three terms as probate judge. From 1846 to 1856 he served as clerk of the US District Court. In 1857 he was elected Register of the Iowa State Land Office. He was one of the first trustees of Iowa’s State University, and for ten years was professor of natural sciences in that institution. He was one of the organizers of the State Historical Society, and for several years edited the Annals of Iowa. Theodore Parvin was one of the founders of the Masonic order in Iowa. He died at his home in Cedar Rapids, Iowa June 28th, 1901, at the age of 84. 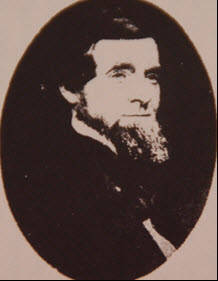 Charles Weston was born in Washington County, New York in May of 1811. His father was Judge Roswell Weston, of the Court of Common Pleas. Charles graduated from Renssalaer Institute and practiced law with his father. He then came west, arriving in Burlington in December 1837, on the first stage coach that made the trip from Chicago to Rock Island. When crossing the Mississippi in a shaky flat boat, the river began filling with floating ice and he nearly lost his life. Weston began the practice of law in Burlington and remained in the capitol of the Territory a year or more. After the death of Territorial Secretary Conway, Weston was appointed Fiscal Agent, and in connection with his duties, acted as Secretary of the Territory. Governor Lucas appointed him Judge Advocate General, with the rank of colonel. He succeeded Parvin as Librarian Oct. 18, 1839, and held the office until Jan. 24, 1840. In 1840 he moved near Davenport, Iowa, investing in land near the city. Unsuccessful as a farmer, he moved to the city, where he married Louisa Macklott Dec. 14, 1842 and settled down for life. In 1851 he was elected Mayor of Davenport, and in 1857 elected County Judge. Charles Weston moved to Pennsylvania in the early 1860s and there died.

Samuel Morgan Reno was born in Mercer County Pennsylvania on July 19, 1816, the son of Charles Reno and Frances Laughlin. Morgan moved to Iowa in 1839 and married Margaret A. Hammer on Feb. 23, 1843. They had two children: Charles M. and Flora. Reno was the third and last Territorial Librarian and the second Treasurer of the Territory, holding the office from Jan. 1840 to Jan. 1841. He was also the first State Treasurer of Iowa, elected to the office Oct. 1846 and served two terms through 1850. During the Civil War, Reno served as a Lieutenant in the Sixth Iowa Cavalry. Morgan Reno was a lawyer and his Supreme Court cases can be found in the Morris Reports and Greene Reports. He died in Iowa City July 10, 1869 and was buried in Oakland Cemetery. His widow died in 1899. His son, Charles M. Reno, served as City Treasurer, County Treasurer, and Mayor of Iowa City.