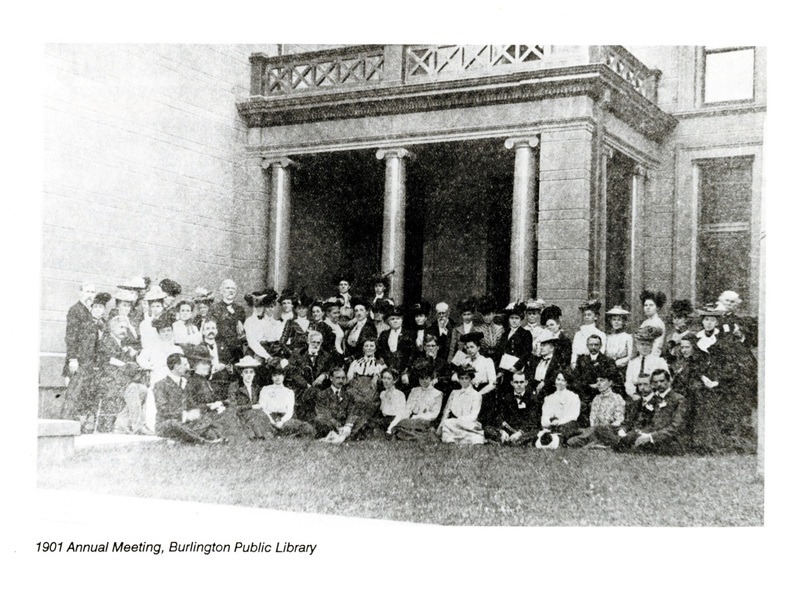 1900 – A State Library Commission was approved by the Iowa Legislature, after much encouragement through the members of the Iowa Library Association. With the support of the Commission and ILA, the first Iowa Summer Library School was held at the University of Iowa.

At its eleventh annual meeting that year in Sioux City, it was decided to publish a quarterly which later became the Iowa Library Quarterly. The first issue was published in  January, 1901. A trustees’ section was organized at this meeting and the first Iowa Summer Library School was held at the University of Iowa in 1901. In the opening address of the 1901 meeting in Burlington, State Librarian, Johnson Brigham, called on librarians to become more active in women’s clubs. 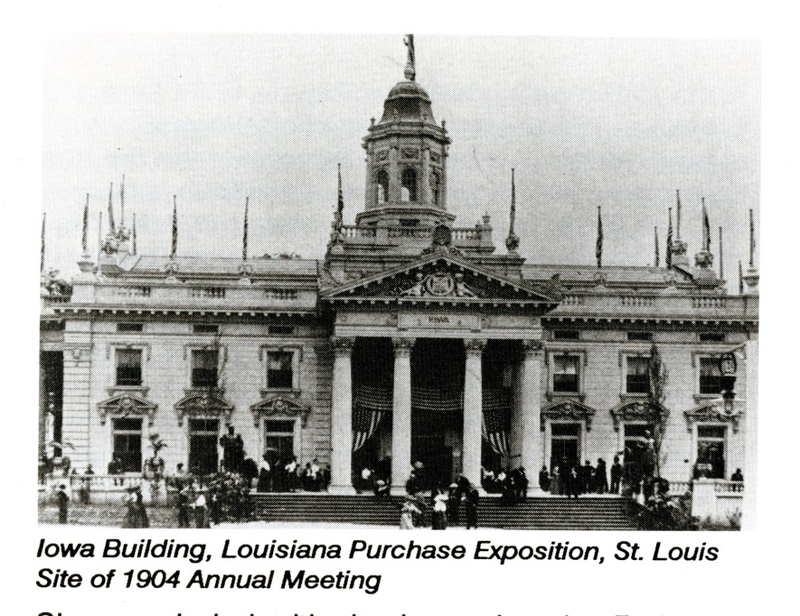 1904 – The fifteenth annual meeting was held in St. Louis during the Louisiana Purchase Exposition. It was held in the Iowa State building, World’s Fair Grounds on October 18th, 19th and 20th.

1905 – A Librarian of State Institutions was appointed making Iowa the first state in the nation to undertake a systematic development of library services for its institutionalized residents.

1907- The first district meetings were held in Mason City and Iowa City.  Six districts were created that year.